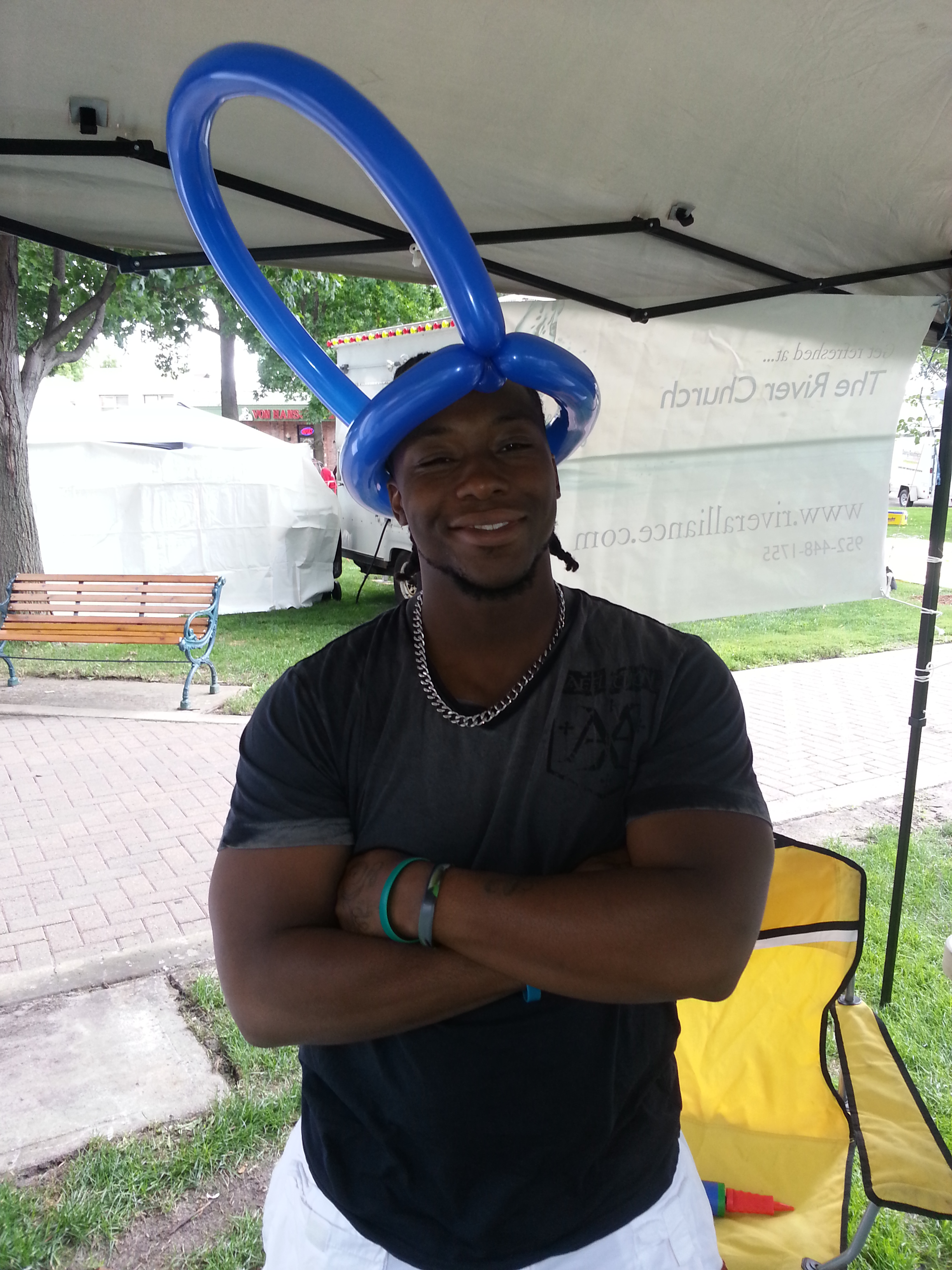 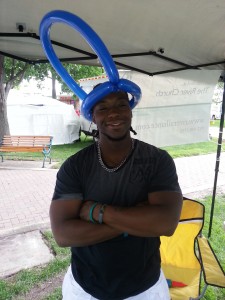 Join us Friday and Saturday, July 29-30 at City Square Park in downtown Chaska for River City Days.  Every year we have a booth where we hand out FREE balloon animals and connect with the community.  Last year we went through 1,300 balloons and connected with some great people.  It is a lot of fun to see the faces of the kids who love our balloons.  Each year we hear from parents who tell us that their kids remember us from the year before.  If you are in the area, come on by and say, “Hi!” 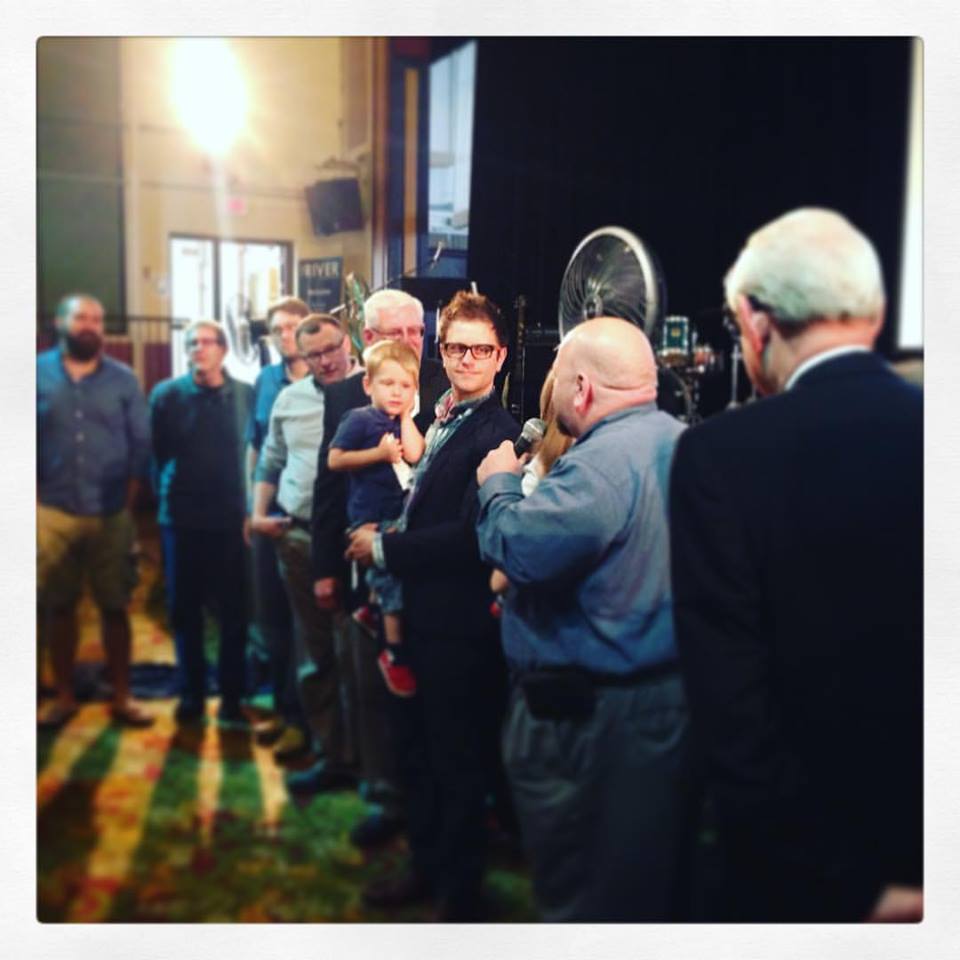 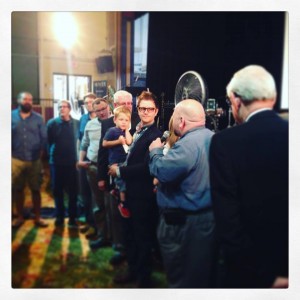 This past Sunday we were blessed to host the ordination service for Chris O’Dell at The River.  Chris and his wife Jamie were part of The River in the early days and then left for ministry in Taiwan.  They serve at a coffee shop/church called The Aroma.  You can find out more about their ministry and how to partner with them on The Aroma Website.  Chris and Jamie and their boys continue to be part of The River extended family and we partner with them as they are ministering in Taipei.  It is a great partnership considering our similar kind of ministry focus at Dunn Bros. here in Chaska.  This is a way for us to be fulfilling Christ’s Great Commission for us in Matthew 28:19-20 where he says, “Go therefore and make disciples of all nations, baptizing them in the name of the Father and of the Son and of the Holy Spirit, teaching them to observe all that I have commanded you. And behold, I am with you always, to the end of the age.”  We are in the process of making disciples here in Chaska, MN and at the same time we are partnering with them in making disciples among people we may never meet this side of Heaven as we partner with Chris and Jamie in Taiwan.  Please join us in supporting them.  Check out The Aroma Website for more information.

That’s a great question. Church is God’s gift to us, because He knows that we don’t always do so well on our own.  Being involved in a local church provides a place for us to connect with other people who can help us stay connected to Christ.

Hebrews 10:25 says, “Let us not give up meeting together, as some are in the habit of doing, but let us encourage one another —and all the more as you see the Day approaching.”

John 15:5 talks about the importance of us remaining in Christ like branches remaining in the vine.  At The River we see our church family like a bunch of branches that are intertwined together on a vine.  As we allow our lives to connect with one another we are in a position to help each other remain in Christ.

If you are looking for a church home, or if you are hungry for that kind of community, we invite you to come and check us out.  We meet on Sunday mornings at 9:30 a.m. at 401 East 4th Street in downtown Chaska.  You can get directions by clicking here.  This website is a great place to find out more about us, but if you have other questions, or need to talk with a pastor, please call Pastor Rob at 952-448-1755.

The River is a church located in Chaska, Minnesota.  We are part of The Christian and Missionary Alliance. To find out more about our denomination please click here.

At The River our focus is to bring glory to God by knowing Christ and making Him known.  We have a heart for our community and want to be a blessing in Chaska as well as around the world.  Our main focus for ministry is to provide an environment for authentic community, intentional discipleship, Spirit-filled worship, Kingdom praying, and missional living happens.  To read more about our vision and purpose please click here.

We invite you to come and check us out.  We meet on Sunday mornings at 9:30 a.m. at 401 East 4th Street in downtown Chaska.  You can get directions by clicking here.  We meet in the auditorium of the Southwest Metro Educational Cooperative.  Parking is available on the street as well as in the parking lot on the east side of the building.

We do not have an office, so Pastor Rob can be found most afternoons hanging out at the local Dunn Bros. coffee shop on 2nd Street.  You are welcome to join him for a cup of coffee anytime.  To find out more about what we believe you can check out our vision and purpose statement, our Statement of Faith, or any of the other pages here at our site.  You can also visit our Frequently Asked Questions page to get many of your questions answered.

Everyone is welcome at The River.  We would love to have you join us sometime.  If you have more questions please feel free to call 952-448-1755 or email us at office@riveralliance.com.

Verses from Scripture get used all the time in ways that are out of context.  Sometimes they are used to say things that are almost the opposite of what they were intended to say.  Other times they are used to expressed good thoughts, but miss are missing the depth that comes from reading them in the midst of the verses around them.  In this series, we are taking well known verses and passages from Scripture and putting them back into their context to see what we can learn.

Read Through The Bible Challenge 2014

Sign up in the foyer to join us in this challenge

Our women meet every other Thursday night for a time of worship, prayer and fellowship.  Our Men meet monthly for a time of fellowship to develop relationships from which accountability, discipleship, mentoring and other groups can be formed.  Call 952-448-1755 or email us at office@riveralliance.com to find out more information about our next meetings.

“Early on the first day of the week, while it was still dark, Mary Magdalene went to the tomb and saw that the stone had been removed from the entrance.” (John 20:1)

On Easter Sunday we celebrate the fact that Jesus died and rose again.  The above verse from John 20 shares that when Mary arrived at the tomb on Sunday morning, she found the stone rolled away and the tomb empty.  Later on in that same chapter, we find accounts of two different occurrences when the disciples were gathered together in a locked room and Jesus all of a sudden showed up among them.

So considering that locked doors couldn’t stop Jesus, why did the stone blocking the front of the tomb have to be rolled away?  Did Jesus need the stone rolled away so that he could get out?  Obviously not.  When Lazarus was raised from the dead, they had to move the stone to let him come walking out, but this was different.  Lazarus rose from the dead, but eventually died again.  Jesus rose from the dead and then after appearing to more than 500 people over the course of about 40 days, He went to be with the Father again.  We can tell from the resurrection appearances, that Jesus’ resurrected body was different.  Locked doors couldn’t keep him out.  And He didn’t need to have the stone rolled away to get out of the tomb.

And this Sunday on Easter we will be looking at that evidence.  Consider joining us this Sunday at The River, 2510 Chaska Blvd.  We will start with a breakfast at 8:30, followed by our worship celebration at 9:30.  Everyone is welcome!

Join us this Friday, 6:00 p.m. for a time of reflecting on Christ’s sacrifice.  We will be meeting up at the Mapstone home, 682 Liberty Court.  Join us for dinner, fellowship, worship, prayer, and remembering those last few hours of Jesus life before his death.  This is a great way to prepare our hearts to celebrate on Easter morning.  For more information or to RSVP, please call 952-564-7620.

My wife and I have been married for almost 17 years now and we are very different.  Before we were married we took a personality survey to see where the strengths and weaknesses might be in our marriage.  The person who was working with us actually asked if we were sure that we wanted to get married.  Our results were about as opposite as they could be.  We have laughed about that many times over the years.  Our differences sometimes make life difficult, but after 17 years I can honestly say that we are better together than we would be apart.  And I know my wife would say the same thing.

The key is that because we have chosen to love each other, even in the midst of our differences we come together in unity.  Of course, that doesn’t always happen the way it should, but overall it does.  And so instead of being a weakness, our differences actually have become a strength in our marriage.

Love and unity are connected.  It is only when we choose to love one another that we can really experience unity.  And that is what we will be talking about this week at The River.  We will be looking at Jesus’ prayer for His Church from John 17:20-26.  Come on out this Sunday and join us.

Apparently Greek soldiers fought in pairs.  They would stand back to back so that they could protect one another’s backs as they fought off the enemy troops.  The other soldier was a trusted wingman, an advocate, a helper.  And he was called a paraclete.

What a great concept.  We all need a paraclete.  We could all use an advocate, a helper, a friend who has our back.  In this world, facing the things we face, it would be nice to have someone like that along with us to help us face the journey and fight the battles we have to fight.