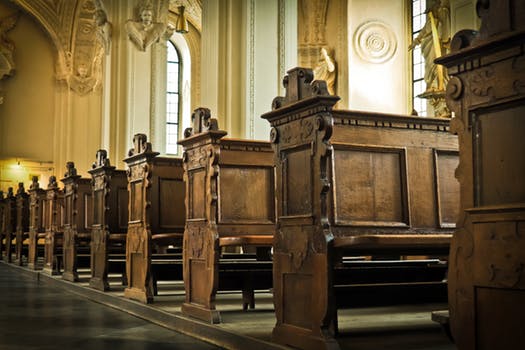 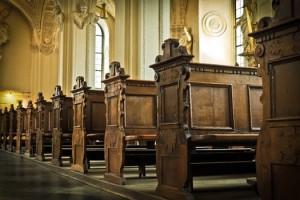 When we partake in communion at The River, I typically quote these words from I Corinthians 11: 23 For I received from the Lord what I also delivered to you, that the Lord Jesus on the night when he was betrayed took bread, 24 and when he had given thanks, he broke it, and said, “This is my body which is for you. Do this in remembrance of me.” 25 In the same way also he took the cup, after supper, saying, “This cup is the new covenant in my blood. Do this, as often as you drink it, in remembrance of me.” 26 For as often as you eat this bread and drink the cup, you proclaim the Lord’s death until he comes.  (I Corinthians 11:23-26)

Just about every time we partake in communion at The River I use those verses before we partake of the bread and the cup.  But rarely do we ever look at those verses in context.  When we examine the context of the passage as a whole we find that Paul is confronting the church in Corinth about a problem with the way that they come together for communion.  In the early church coming together for communion involved a whole meal called the Agape or Love Meal.  This was probably somewhat similar to what we do with potlucks today.  The problem with the Corinthian church was that when they came together it seems like the food was being divided unequally with the rich getting plenty to eat and drink while the poor were going away hungry.  This implies that the rich were so focused on themselves that they were missing the needs of others in the church.

Considering this overall context there is a phrase that we find a couple of verses later that I believe is often overlooked and yet very important.  A friend of mine, Dr. David Fitch, first pointed this phrase out to me in a lecture at a pastor’s conference.  We find the phrase in verse 29: For anyone who eats and drinks without discerning the body eats and drinks judgment on himself.  (I Cor. 11:29, ESV)

The phrase is “discerning the body.”  Now that is a bit of a strange statement.  I think typically we tend to just lump this verse in with the two verses before it which talk about examining ourselves and not eating and drinking in an unworthy manner.  Those verses are important, but think about the context of this passage as a whole.  Paul is spending a lot of his time dealing specifically with the issue of the way that when they got together some were getting fed and some were going hungry.    And in the midst of that, we find this verse.

It is also important to note that in the both the chapter before this and the chapter following this one Paul talks about how the church is a body.  We are the body of Christ.   God has brought us together and made us a church family.  We have a role to play in one another’s lives, to encourage one another, challenge one another, carry one another’s burdens, hold one another accountable, disciple one another, and also to just make sure that we are all doing okay.

I believe that in this passage Paul is talking about how important it is for us to discern the church.  Do we know how each other is doing right now?  Are we so focused on ourselves that we are missing the needs of those around us?  Do we know the specific needs that others might have?  Do we care about those needs?  And if people are hurting or needing help, are we doing our best to come alongside one another and help out in whatever ways we can?  We may not have the resources to meet every need, but maybe we can do something.  That is what it means to be a body.  That is what it looks like to be the family God has called us to be.  That is what it means to “be the church.”  #bethechurch