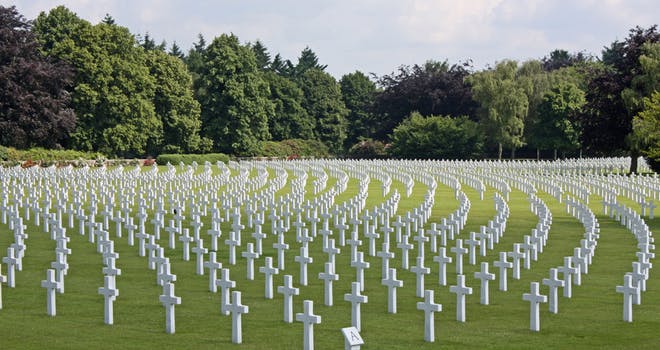 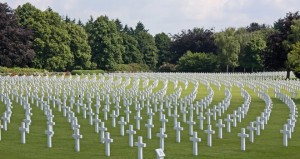 I was recently asked the question, “why does God contradict himself?”  This person was focusing on how God says, “thou shalt not kill,” but then there were lots of times in the Old Testament where he called for whole cities to be wiped out, which seems a lot like genocide.  Have you ever struggled to put together something you believe about God with the way you see him act in Scripture?

Before I consider the specific example, I think it is important to take a look at the big picture.  In 2 Timothy 2 Paul is challenging and encouraging his young apprentice in his pastoral role, and he wraps up the passage with an interesting quote in verses 11-13: 11 The saying is trustworthy, for: If we have died with him, we will also live with him; 12 if we endure, we will also reign with him; if we deny him, he also will deny us; 13 if we are faithless, he remains faithful— for he cannot deny himself.

So Paul seems to be quoting something here, but it is not Scripture.  Some scholars believe it was a saying or possibly even a hymn within the early church.  We don’t know.  It seems to connect with the previous two verses where Paul talked about his own personal suffering in prison.

The first half of this statement connects with the hope of resurrection that awaits us as Christians.  Those who believe in Jesus, have had their sins forgiven, are brought back to a right relationship with God and can look forward to eternal life in Heaven.

The quote then moves on to those who have denied Christ.  This word is sometimes translated disown and suggests a deliberate choice to not follow Jesus as Lord.  So Paul is saying that if we deny Christ, that he will deny us.  If we don’t accept him, he won’t accept us.  Now that sounds harsh, but God has offered his free gift of salvation to the whole world, and those who deny him or turn their backs on that free gift will also be denied.  Those who accept Christ will be accepted, but if you want nothing to do with him, then that is your choice.

But then Paul’s quote moves on to one final point that I think brings out an important characteristic about God that is good for us to consider regarding our question for today.

Paul talks about being faithless.  That doesn’t mean to not have faith, it means to be unworthy of faith.  It means not doing what would be considered faithful.  We are faithless a lot.  We mess up and don’t keep our end of our covenant with God.  We go our own way, do our own thing, and faithlessly fail to live out what we say we believe.

This means that God is who he is, all the time.  We talk about how God can do anything, but one thing he can’t do is something that is contrary to his nature.  Who God is, is who God is.  He will always act in a way that is true to his nature.

So what does that have to do with our question for today?  It means that God doesn’t contradict himself.  So we need to take what we know to be true about God and let that influence how we understand the things that don’t make sense.

Now, I understand that actions need to back up words.  I don’t like hypocrites any more than you do.  Sometimes people say one thing and do the opposite and so we tend to judge people more by what they do, than by who they tell us they are.  That is understandable, but it is also not entirely informed. Sometimes we might see someone do something and misconstrue what is really going on.

We see this all the time in situation comedies on television.  They are great at creating circumstances where someone sees someone else doing something but only gets part of the story and it leads to a whole bunch of funny outcomes.

Allowing someone’s actions to dictate what we believe about them is ok, but it is not complete, because we may not really understand what is going on.  If we know their character and we see something that doesn’t fit with that character, we are probably going to give them the benefit of the doubt, because we know them.  We should do the same with God.

I believe that if we hold on to what God says about who he is in Scripture, it is okay to wrestle with the things that don’t make sense.  But we have to do that while maintaining a firm grasp on what God has already revealed to us about himself.

So how about we start with what we see here in 2 Timothy that God does not deny himself.  He will always act in a way that is consistent with his nature.  We also know from James 1 that God is the same, yesterday, today and forever and does not change like shifting shadows.  And in Numbers we are reminded that God does not lie.  So if we believe all of that, then we can hold on to those truths and wrestle with any apparent contradictions we think we see.

So let’s apply that to our earlier example of the apparent genocide we see God commanding in the Old Testament compared to the command to not kill in the 10 commandments.

There is not some simple, easy answer, but let me first point out that technically speaking, the Hebrew word in the 10 commandments could be translated either as kill or murder.  And there is a difference.  Killing in a war or executing a person for crimes he has committed or killing someone while defending yourself from someone are very different than murdering someone in cold blood.  On the flip side, we could look at the word murder referring to unlawful killing.  With that in mind, even if we are against all forms of killing we would recognize the difference between killing and murder.  So comparing what we see God commanding the armies of Israel to do in a war is not the same thing as committing murder which is probably what the 10 commandments are referring to.

But when God has the Israelites wipe out an entire town, what do we do that?  Is God really commanding genocide?  That is a tougher question, but if I hold on to what I know to be true about God I can wrestle with that question as well.

In Exodus 34 God declared to Moses who he is and he said this about himself, “The Lord, the Lord, a God merciful and gracious, slow to anger, and abounding in steadfast love and faithfulness, 7 keeping steadfast love for thousands,[a] forgiving iniquity and transgression and sin, but who will by no means clear the guilty, visiting the iniquity of the fathers on the children and the children’s children, to the third and the fourth generation.

In that description I see a God who is loving, merciful and gracious, and yet also holy and just and aggressive in his dealings with sin.  Those are both facets of his character.  I think sometimes we only want to think about God as being loving, merciful and gracious.  But that is not a complete picture of God.  It is only in light of his holiness and justness that we can real understand his love and mercy.

Now I know that is a very imperfect explanation, but I think we also need to consider that the Old Testament was a long time ago and it was a very different time in the life of man, that we do not understand.   Things have changed a lot over the history of man, through the dark ages and medieval times and then on to where we are today.  And while God doesn’t change, man does and therefore God’s dealings with man, while coming from the same character, look different depending on our viewpoint.  So ultimately I believe God is who he says he is and that he will not contradict himself, and I continue to trust in him even if there are some of the things that I do not understand.