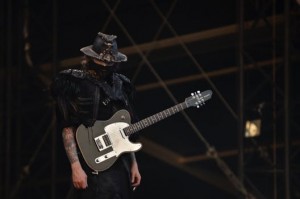 So Zombies are kind of a big deal lately.  There are many TV shows and movies related to zombies.  There was even a youtube video that went viral recently about a couple of brothers who pranked their younger sister on the way home from having wisdom teeth surgery.  They got her to believe that a zombie apocalypse was beginning.  Last I saw it had almost 14million hits.  According to Wikipedia “A zombie is a fictional undead being created through the reanimation of a human corpse.”

Today zombies are potentially more popular than they have ever been.  If you go online you will find all kinds of information on zombies, including many sites that focus on the best way to survive a zombie apocalypse.  I even came across articles on this subject on the websites for The Center for Disease Control, US News and World Report, and The Washington Post.

Recently I was asked by someone in my church, “What does the Church mean by bodily resurrection?”  This person referred to the apostle’s creed which refers to the resurrection of the body and the life everlasting.  They were wondering if this means that when we go to Heaven we will have a body like we have now?  In other words, will we be resurrected back into the body we had before we died?  And if so, then at what stage?  Does a person just end up with the body they had right before they died, or is it from like when they were in their prime?  And what about someone who was missing a limb or had some major problem with their body, is that fixed?  And what if you were cremated?  Does that mean you can’t be resurrected?  The person who was asking these questions didn’t specifically connect this to zombies, but they are trying to figure out what to make of the idea of bodily resurrection.

Paul begins that chapter with a very succinct outline of the Gospel.  In a few verses he reminds us that Christ died for the sins of the world, that he was buried and that he rose again and appeared to many people.  It is kind of like the Gospel in Cliff Notes fashion.

These first six verses provide an important foundation and then Paul moves on to connect Christ’s resurrection with our own. It is important for us to realize that Jesus did not just die as a sacrifice for our sins, he rose again in victory over death and sin and paved the way for our resurrection.

There were apparently some in Corinth who were suggesting that there was no resurrection for the dead.  In these verses Paul lays out a very logical argument that reminds them of the completeness of the Gospel.

Paul then moves on to talk a little bit about what this will be like.  Paul doesn’t give us an exact picture of what to expect, but he gives us a few images to think about to help us consider the idea of a resurrection body.

The first analogy is of a seed in verses 36-37. A seed that is planted in good soil germinates.  Basically the seed itself disintegrates or dies, but out of that seed grows new life in the form of a plant.  And what comes up out of the ground is not the same thing that went into the ground, but something new and different.

So we can understand the analogy to the seed.  A person dies, they are even planted in the ground, and a new body comes up out of the ground at the time of resurrection.  We should not expect it to be the same as it was when it went into the ground, but rather something new.

Paul moves on to the analogy of different kinds of animals in verse 39.  We know and understand the difference between a human being, an animal, a bird and a fish.  Their bodies are designed for very different purposes that are right for the environment where they will exist.  Our resurrection bodies will be different than our earthly bodies and will fit the needs of the new environment awaiting us.

And then Paul moves on to compare earthly and heavenly bodies in verses 40-41.  Right now we live in earthly bodies.  They are fine and work for here on earth, but God has something different in store for us in Heaven.  These bodies were not meant for Heaven.

Paul then goes on to make some comparisons in verses 42-44.  First he talks about how our bodies will be imperishable compared to perishable.  That means that our resurrected bodies are not going to fade away or be temporary.  It is a body that will be built to last.

He then talks about how when we die, that is the low point for our earthly bodies.  They finally run out of strength and fail completely.  And when they do our bodies are at their weakest and most dishonorable.  But out of that weakness and dishonor of death our new bodies will rise in glory and power.  I don’t know exactly what that looks like, but it sounds pretty good.

The last comparison Paul points out is that our resurrected bodies will not be natural, they will be spiritual.  This is an important distinction.  I don’t know exactly what that will mean, but I would image that a lot of the limitations we know now, will not be limitations then.

Then in verses 45-49 Paul talks about how we will be born in the image of the man of heaven.  We started life with earthly bodies.  Adam was made out of the dust of this earth and so were we.  Our earthly bodies reflected Adam.  But our new bodies will be more reflective of Christ and that doesn’t mean we will look like he looked while he was on this earth, but more in the image of who he is in Heaven.   We will all finally have heavenly bodies.

Then Paul ends the chapter by telling us of the victory that is coming.  For those of us who believe in Christ, death is not the end.  Death is a result of the fall.  It Is because of sin.  In Christ we are set free from that curse of sin and have victory over death.  For most of the world death is seen as the biggest defeat of our lives.  But Paul is turning things upside down and saying that it is not defeat.  Death has been defeated and victory is ours in Christ as we are raised to new life with imperishable, glorious new spiritual bodies.

We may not be able to picture exactly what that means or looks like, but the specifics don’t matter.  Paul gives us enough information here to recognize that we have a lot to celebrate.

Paul’s final verse ends with a good note of encouragement for us in light of the resurrection.  He writes: Therefore, my beloved brothers, be steadfast, immovable, always abounding in the work of the Lord, knowing that in the Lord your labor is not in vain.

There is a confidence in this resurrection that allows us to get on with our daily lives.  We can be steadfast, immovable, abounding in the work of the Lord, because we know that our future is secure.  In Christ, we know that one day we will rise again to spend eternity with him, and that understanding of our future allows us to have confidence here and now for whatever we are facing today.

We are looking forward to a glorious life in Heaven and while we are here on this earth we can stand in that victory even though we have yet to experience it.  I know life is not always easy here on this earth, but understanding this chapter can give us strength to stand immovable, knowing what is to come.