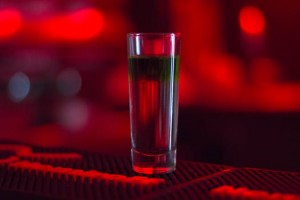 Are you familiar with the phrase, “don’t drink the kool aid?” Do you know where it came from? Jim Jones was a former Methodist pastor who was focused on racial integration. Somewhere along the lines he went off the rails and became the leader of a cult called the People’s temple and proclaimed himself the second coming of Christ. As the cult grew Jim Jones became more and more violent. After he ordered gunmen to open fire upon a congressman and some people trying to flee the compound, he caused international uproar. He saw that the kingdom he had built was going to crumble. So he forced his followers to drink a poisons cocktail of cyanide and punch. This mass suicide claimed the lives of 900 people including children. That event is often referred to as the Jonestown Massacre and that is where we get the reference to not drinking the kool aid. It is a sad story and there have been many more like it over the years of false teachers like Jim Jones. Jesus warns against these false prophets in the passage we are going to look at today.

Today we will end our focus on Christ our Coming King with some teaching from Jesus about his return.

Let’s take a look at Mathew 24 beginning with verse 3: 3 “As he sat on the Mount of Olives, the disciples came to him privately, saying, “Tell us, when will these things be, and what will be the sign of your coming and of the end of the age?”

So in the verses immediately preceding verse 3 Jesus tells his followers that the temple was going to be destroyed. So the disciples could be asking him about that, but also they are addressing his coming and the end of the age. I believe that Jesus is addressing both in this chapter in some way or another.

Let’s dig into what Jesus tells them here. Look at verses 4-5: 4 “And Jesus answered them, “See that no one leads you astray. 5 For many will come in my name, saying, ‘I am the Christ,’ and they will lead many astray.”

Jesus is concerned that the disciples will go astray, because many will come in his name proclaiming that they are the Christ and they will lead many away. Actually we find out from history that there were many false christs who rose up and tried to lead people astray, like Jim Jones who we mentioned earlier. So Jesus is warning them of deceivers who will try and trick them. They take the truth and twist it and confuse people and lead them astray. Jesus says we should expect people like this to come.

Jesus then goes on to talk about other things that will take place. Look at verses 6-8: “6 And you will hear of wars and rumors of wars. See that you are not alarmed, for this must take place, but the end is not yet. 7 For nation will rise against nation, and kingdom against kingdom, and there will be famines and earthquakes in various places. 8 All these are but the beginning of the birth pains.”

Jesus speaks of wars, rumors of wars, nations rising against each other, famines, and earthquakes. Many of these things might sound familiar to us now.

There are all kinds of disasters happening around us. It is easy to become fearful, but Jesus tells us not to be alarmed.

The idea that the end of the world might be near should not freak us out. The end times for us as believers in Christ is a joyous thing. We should be looking forward to the end of this world, because it means we will be moving on to a better one.

Down through history there have been many times where it seemed like the world was coming to an end. Right now it feels like we must be right on the verge of Christ’s return, but I am sure that my parents and grandparents thought that before me. But notice that Jesus tells his followers these wars and rumors of wars and famines and everything are just birth pains. And we are not to be alarmed.

I don’t know when Christ is returning, but I do know that we are closer to the end times today than we were yesterday. So my first encouragement for us from this passage, is to not get caught up with rumors about when Christ’s return or signs of the end times. Jesus tells us to not be alarmed and trust in Him.

But there is still more that Jesus wants to say, because now he moves on to warn us about what is to come. Look at verses 9-13: “9 “Then they will deliver you up to tribulation and put you to death, and you will be hated by all nations for my name’s sake. 10 And then many will fall away and betray one another and hate one another. 11 And many false prophets will arise and lead many astray. 12 And because lawlessness will be increased, the love of many will grow cold. 13 But the one who endures to the end will be saved”

Based on Jesus’ warning to his disciples and down through the ages to us, we should expect that tribulation, persecution, and trials will be normal for the church to endure. To some extent this is a pruning and refining process for God’s people. And those who belong to Him will endure as we see in verse 13.

So my second encouragement for us is to endure. It won’t always be easy. We will face trials and tribulation. So I encourage you to endure as we look ahead to our salvation.

But there is still a little more here. Verse 14 is one of my favorite verses in the Bible and it is a foundational verse for our denomination. But, before I read it, let me tell you a little story.

So AB Simpson was the founder of our denomination, The Christian and Missionary Alliance. Back in the late 1800’s people were very interested in the end of the world, to the extent that even the newspapers were interested in writing stories about it. And AB Simpson at that time was an influential Christian voice in New York City where he was pastoring. One day a reporter who was trying to get a quote from him regarding the end of the world was following him in the street. The reporter wanted to know if he knew when the end was going to come. And so Simpson stopped and told him that he did know. But he made him promise that he would print his words exactly. And then he quoted this verse, Matthew 24:14: “14 And this gospel of the kingdom will be proclaimed throughout the whole world as a testimony to all nations, and then the end will come.”

Isn’t that a great quote? We can read this verse and just fly right by it, but let’s consider what Jesus is saying here. He doesn’t tell us when he is going to return, but here he tells us something that has to happen first. People get caught up looking for signs of when the end will come, but Jesus told us when the end would come. After the Gospel has been proclaimed throughout the whole world.

One day this Gospel will have been spread to every nation so that everyone has had an opportunity to hear and then the end will come.

When we recognize what Jesus is saying here that challenges us to get busy spreading his Gospel. We know that the leaders of the early church were earnestly working at spreading the Gospel to all people groups. We need to have that same desire.

So my final challenge for us today is to get back to the urgency of the mission that Christ has called us to. He is gone, but he is coming back when his good news is spread to the whole world. And we can look forward to his return, because we will be moving on to a great future with him. When that mission is complete, Christ is going to return.

This is why it is so great to be part of The Alliance. We are actually in the business of doing what we can to bring about the return of the Lord. This verse is one of the foundational verses of our denomination. It helped launch this movement to complete Christ’s great commission.

The idea is a little overwhelming because we wonder how in the world we are supposed to have an impact on people in some country on the other side of the world that we will probably never meet. We can get busy ministering to the people around us. We can also support those who are going to other countries. We can be preparing others and ourselves to do short term or long-term missions. One thing we can always do is pray for God to be working among all people groups.

My focus is not to leave you with a list of things to do, but to challenge our hearts. I want to challenge us to recognize that Christ is coming again and when he comes he will be ushering in his kingdom and before that happens there is a world out there who need to hear this Good News.