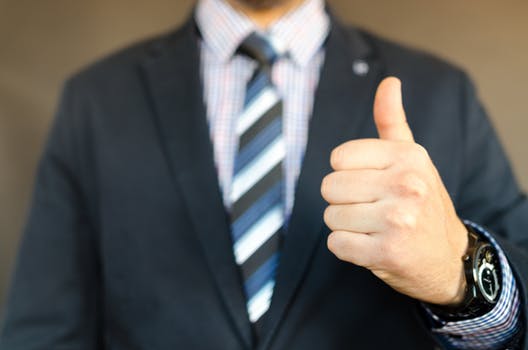 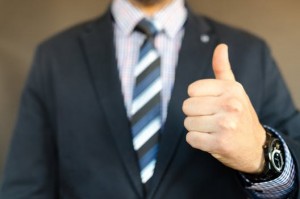 The Good News Network is a website that was started back in 1997 that is geared toward providing good and uplifting news stories compared to the bad news that tends to dominate most news outlets.

For instance some of the headlines this week featured a 13-year-old girl who landed a record-breaking backflip in her wheelchair. There is a story about a former marine who when the Las Vegas shooting happened a few weeks ago, actually stole someone’s truck to use to transport 30 wounded people to the hospital. And then when a motor company in Arizona heard about it, they tracked him down and gave him his own truck. There is even a story about a local post office in Scotland where they have a dog employed as a stamp licker. So that when you come in to mail things you can go over to the dog and let him lick your stamp for you. This website is just filled with good, wholesome, happy news. But while I read several stories I didn’t find any that contained news as good as what I am about to talk about.

Please turn with me in your Bibles to the book of Romans, chapter 10. Over the last few months we have been going through a sermon series related to the core values of The Christian and Missionary Alliance. We are now on core value #5 which says: Completing the Great Commission will require the mobilization of every fully devoted disciple. The Great Commission refers to Jesus’ call for His disciples to “Go and make disciples of all nations.” And so this value is saying that if we really want to see that mission completed, it is going to take all of us as Christ followers to get involved.

Keep that value in mind as we look at our passage today. Let’s pick things up in Romans 10 with verses 5-8: “5 For Moses writes about the righteousness that is based on the law, that the person who does the commandments shall live by them. 6 But the righteousness based on faith says, “Do not say in your heart, ‘Who will ascend into heaven?’” (that is, to bring Christ down) 7 “or ‘Who will descend into the abyss?’” (that is, to bring Christ up from the dead). 8 But what does it say? “The word is near you, in your mouth and in your heart” (that is, the word of faith that we proclaim)”

So in the Old Testament we have the commandments that God gave to the people of Israel. And those who wanted to follow HHHim were expected to keep His commands. Paul actually references Leviticus 18 here when he says the person who does the commandments shall live by them. So righteousness by the law means obeying the commands.

Now God’s law is good and it does point out the best way for man to live, but is it possible for someone to follow all of those commands and never mess up? No. Jesus Christ did it when He came to earth, but the rest of us are sinners. We mess up and fall short of this standard that God has given us. And that was true in the Old Testament as well.

Now verses 6-8 are somewhat confusing. Paul seems to be referencing the words of Moses from Deuteronomy 30. And he seems to be pointing out that our ability to obey the law does not have any part in our righteousness. It’s not like by our righteous acts we were somehow able to go up to Heaven and bring Christ down to earth, or go into the abyss and raise Him from the dead. Our righteous acts did not accomplish salvation. Christ’s sacrifice accomplished salvation. We didn’t have anything to do with it. It is freely given and simply received by us through faith.

In order to help me explain this, let me remind us of the Gospel this morning. So in God’s original creation man had an intimate relationship with his Creator in paradise. The book of Genesis records for us this image of God walking and talking in the Garden of Eden with Adam and Eve. But when Adam and Eve sinned, they hid from God because of their guilt and shame, and their relationship with God was broken. They were separated from Him. And from that moment on, man was born with a sin nature. We are not sinners because we sin; we sin because we are sinners. It’s our nature to do so.

In Romans 3 Paul writes, “For all have sinned and fall short of the glory of God.” No matter how hard we try, we could never be good enough on our own, because good enough would be perfection and no matter how good we think we are, we know that we are not perfect. And so that means we are separated from God and incapable of being reunited with Him on our own.

In Romans 6 Paul says, “the wages of sin is death.” By our sin we earn death. And if we die physically while we are still separated from God spiritually, then we will be separated from Him for all eternity in hell.

It is important for us to understand that. That is our destiny as sinners, and it is a destiny that we cannot overcome our own. We cannot possibly be good enough. But while it is important for us to know, it is also important for us to recognize the Good News that God has for us. In Romans 6:23 Paul does say that “the wages of sin is death,” but he continues that verse with the words, “but the gift of God is eternal life through Jesus Christ our Lord.” In Romans 5 Paul says, “but God demonstrates his own love for us in this, while we were still sinners Christ died for us.” Jesus came to earth lived a sinless life, performed many miracles that proved that He actually was the Son of God and then He allowed Himself to be crucified and while He was on that cross God placed all of our sins upon Him and allowed Him to pay the penalty for all of those sins. Then after He died on the cross for the sins of man, He rose again from the grave, He appeared to many people who testified regarding His resurrection and then He went to Heaven. With His resurrection He showed that His sacrifice for sin was accepted, it was enough, the debt was paid, sin was accounted for, and He was victorious, earning for us the right to a resurrection of our own after we die, where we can be reunited with our Father, the Creator of the world, and spend eternity with Him in Heaven.

So that’s the Gospel. It is amazing and true. But one thing is left. How do we respond? Let’s say that you are sitting there today and this has made sense to you and today you have realized, your sin and your need for a Savior and let’s say you want to respond and receive this free gift that God is offering. How do you do it? How should you respond?

Take a look at what Paul says next, “9 because, if you confess with your mouth that Jesus is Lord and believe in your heart that God raised him from the dead, you will be saved. 10 For with the heart one believes and is justified, and with the mouth one confesses and is saved. 11 For the Scripture says, “Everyone who believes in him will not be put to shame.” 12 For there is no distinction between Jew and Greek; for the same Lord is Lord of all, bestowing his riches on all who call on him. 13 For “everyone who calls on the name of the Lord will be saved.”

That is the response. There is not some kind of mystical incantation that we need to recite. It is simply to believe in our heart that this message is true and to confess with our mouth that we want this for us. This is good news. The Gospel is not a message about what we have to do in order to be saved, it is not about righteousness that is earned by obeying the law. It is a message about what has been done for us. It is a message of grace that is available to everyone who would believe.

This means that while we may have heard the good news and responded to it. While we may be looking forward to an eternity in Heaven, celebrating with Jesus. We are living in a world that does not know Him.

And this Gospel is for the whole world. It is Good News for all. But how will they know about this good news if they don’t hear it.   That’s a good point right? So since we have received this Good News it is now our responsibility to go and take that good news to others.

We have people all around us that do not know the message we talked about today. And so they are stuck in their sin, separated from God, and still under the curse of death.

We have a message that they need to hear. But how can they hear it if we are not willing to tell them. Imagine one day going to heaven and having our neighbor go to hell and when they recognize their eternal destiny compared to ours, they ask us, why didn’t you tell us? Why didn’t you let us know about this amazing good news that you have known about for so long and never told me. But this challenge also goes beyond just those in close proximity to us. This is more than just a call to reach out to the person next door. We are actually in a culture here in America where many of those around us have already heard the Gospel. That doesn’t mean we shouldn’t tell them, but it is important to recognize that there are people in other parts of the world who have never heard and who have much less opportunity to hear.

The core value we are talking about is that if we are going to complete the great commission. If we are going to make disciples of the whole world. it is going to take all of us. Every single one of us is called to play a part in bringing the Gospel to the world. My challenge for you is what is your part? Have you ever thought about that? I believe that God is calling all of us to be part of this mission. Who are the people right around me that God wants me to go to? And what about the people who have never had anyone go to preach to them? What is my responsibility to give them an opportunity to hear? If I really believe this good news, then what am I doing about the people who have never heard?