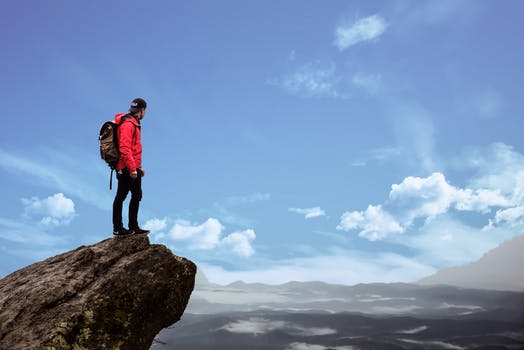 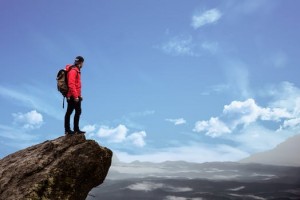 ver the last few months we have been taking a look at the core values of The Christian and Missionary Alliance and today we are moving on to the final value. Core Value #7, which says, “Achieving God’s purposes means taking faith-filled risks. This always involves change.” As I was thinking about that core value, and the word risk, I decided to look up risky activities online and came across a list of “25 extremely dangerous activities your mom would never approve of”, on list 25.com.Some of the activities were what we might call high-risk, but we have heard enough about them that they seem more normal. Like…

But there were also some things mentioned where people seem to have taken some already risky activities to a whole new level like:

Core Value #7 says: “Achieving God’s purposes means taking faith-filled risks. This always involves change.” It is somewhat different than the others. It is very personal and challenging. Most people don’t tend to really like change and we are also typically somewhat risk averse, looking to minimize risk in our lives. There are a lot of strong words here like risk and change and even purposes. But I think the key word is faith or hyphenated, faith-filled. You see anybody can take risks. Like we talked about a moment ago. This entire value begins with the words: “Achieving God’s purposes”. The risks we are talking about here are specifically related to achieving God’s purposes. This is about following God even if there are risks involved. The key then becomes faith. Do we trust God enough to follow Him and let him accomplish in and through us what He wants to do? Or are we going to be so risk averse that we stay in our own little bubble, unwilling to move out into the great unknown where all we have is God?

The key word is faith. And a good place to go to talk about faith is Hebrews, chapter 11. This chapter is often referred to as the faith hall of fame. We are not going to break down the whole chapter. But we will focus in on a few verses. Let’s start with verses 1-3: “Faith shows the reality of what we hope for; it is the evidence of things we cannot see. 2 Through their faith, the people in days of old earned a good reputation. 3 By faith we understand that the entire universe was formed at God’s command, that what we now see did not come from anything that can be seen.”

Faith is hard to define. It is a bit of a nebulous concept. I think a most basic understanding of faith is believing in what we can’t see. And taken a step further, the word faith suggests a strength or conviction to our belief. I used to think that was all that faith was. I thought faith was all about the strength of my conviction about what I believe. But I see something more here.

Another translation of verse 1 reads: “Faith is the assurance of things hoped for, the conviction of things not seen Or being sure of what we hope for and certain of what we do not see.” The word translated here as reality and elsewhere as assurance or sure is the Greek word hupostasis, which is the combination of two words that when put together literally means standing under, like a foundation. It can be translated as assurance or confidence, but it can also be translated along the lines of essence, substance or reality like it is here.

The second word, translated as conviction or certain is the Greek word elegchos and is a word that would be used in a court of law to speak of proof or evidence.

Take a look at verse 3. In verse 3 the author points out a very basic, foundational theological point. God is the Creator of the entire universe and he created it all ex nihilo, or out of nothing. We believe that it was not some Big Bang or other evolutionary process, but that God chose to create all that we know from nothing. That means that what is visible literally came from what is invisible. We believe that, and that changes how we look at everything else around us.

Not everyone believes that God is the Creator. Some don’t believe simply because they have never really stopped to think about it, but others have thought about it and chosen to reject the idea of God as Creator. They have the intellectual opinion that God is not Creator. And that belief impacts how they then respond to everything else around them. They act according to their beliefs, while we act according to ours.

As verse 2 points out, the Old Testament is full of examples of people who let their belief about God show up in the way they lived and the choices they made, even if it was risky and several of them are recorded here in this chapter which is why it is sometimes referred to as the “Faith Hall of Fame”.

For instance we find two examples mentioned in verses 4 and 5: “4 It was by faith that Abel brought a more acceptable offering to God than Cain did. Abel’s offering gave evidence that he was a righteous man, and God showed his approval of his gifts. Although Abel is long dead, he still speaks to us by his example of faith. 5 It was by faith that Enoch was taken up to heaven without dying—“he disappeared, because God took him.” For before he was taken up, he was known as a person who pleased God.”

These are two stories that you can go back and read in the Old Testament. The first is the story of Cain and Abel, the sons of Adam and Eve. They both brought a sacrifice to God, but while Abel brought an appropriate sacrifice that God desired, Cain did not. Abel believed in God, he trusted God and that impacted the decisions he made and what he did. He chose to do things God’s way. That’s faith.

We actually don’t have a lot of information about Enoch, but we do know that he walked in close fellowship with God. So close apparently that at some point God just took him to be with Him rather than have him taste death. And this verse says that he was a person who pleased God. Have you ever thought about what it takes to please God?

Well, verse 6 tells us: “6 And it is impossible to please God without faith. Anyone who wants to come to him must believe that God exists and that he rewards those who sincerely seek him.”

How do we please God? God wants us to have faith. And what does the author specifically point out about what faith looks like? Believing that God exists and that He rewards those who sincerely seek Him. What does that mean? Notice that there is an action mentioned here, seeking Him! This means to get to know Him, to turn toward Him, and to choose to let His plans for us dictate how we live.

In verse 7 we are reminded of Noah. He built an ark. A rather extreme, crazy, risky kind of thing to do, but God used it to save him and his family.

Abraham is mentioned next. God called him to leave everything behind to follow Him to a new land a Promised Land. That was a very risky thing to do.

Later on Moses is mentioned, for choosing to align himself with the people of God rather than staying in the comfort of the Pharaoh. Then leading the people toward the Promised Land, the whole 10 plagues thing and crossing the red sea and all of that. Risk, risk, risk!

Faith is more than just intellectual agreement with a premise or theory; it is acting on that belief. Some people have used the chair illustration. I can look at a chair and examine it and believe that it is possible for me to sit in it without it collapsing, but until I actually choose to sit in it, I only believe that it will hold me. It is the sitting that shows faith.

God wants us to not just intellectually agree that He exists and to talk about Him like He is some kind of interesting theory. He wants our beliefs to become reality as we act on those beliefs and trust Him and follow Him. Our willingness to do that is going to be determined on what we believe about God. Do we really believe that He exists and that He rewards those who earnestly seek Him?

Going back to our core value: “Achieving God’s purposes means taking faith-filled risks. This always involves change.” We may be risk averse and we may not like change, but if we really believe God is who He says He is and that He will reward those who earnestly seek Him, then we are going to follow Him no matter the risk, no matter the change. That’s faith. And that’s my challenge for us today.