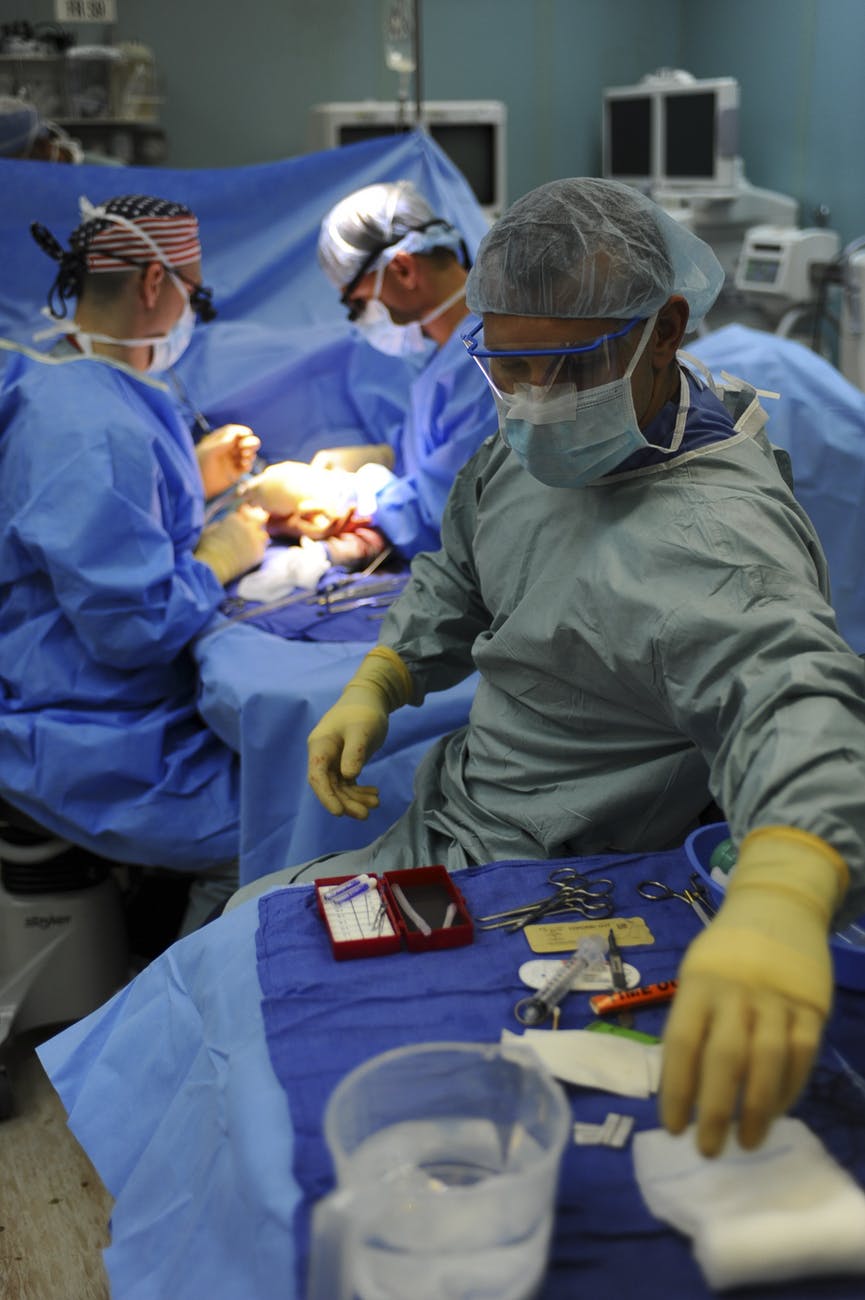 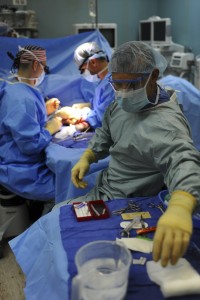 The movie “127 hours” is based on the story of Aaron Ralston a 27-year-old experienced outdoorsman from Aspen Colorado.  He was hiking in a canyon in Utah on a 13-mile hike, when an 800-pound boulder shifted and pinned his arm.  Knowing that nobody knew where he was, after being stuck there for 5 days, he eventually used a multi-tool to cut off his own arm, and then got himself out of there. It is a tremendous story, but I can’t even imagine what he went through.  But what if I told you that Jesus made the suggestion that maybe cutting off our own arm might be just what we need?

Please turn with me in your Bibles to the Gospel of Matthew, chapter 5. Now in the passage we looked at last week and the passage we are looking at today, Jesus specifically points to the Old Testament law and then raises the bar to what He wants for us. Last week Nathan talked about what that looks like with regard to anger, today we move on to another hot topic.  Lust.

So with that in mind, let’s take a look at what Jesus says in Matthew 5 beginning with verses 27-28: “You have heard that it was said, ‘You shall not commit adultery.’ But I say to you that everyone who looks at a woman with lustful intent has already committed adultery with her in his heart”

We find the command against adultery in the 10 commandments. This was a basic commandment. Basically it is saying don’t have sexual relations with anyone who is not your spouse. So at the time that Jesus was saying this, that was seen as the standard.  You could think whatever you wanted, but don’t act on it.  Look, but don’t touch. Here the original standard was not committing adultery, but Jesus raises the bar to not looking lustfully at someone. Lust basically means sexual desire. There is a big difference between lust and adultery and a lot that can happen in between the two.  So we can see how Jesus is raising the bar.

The previous standard was calling us to avoid an act, but here Jesus is addressing our hearts not just our actions.  He wants purity.  He wants us to reign in sinful desires.  That doesn’t mean that we are supposed to not be attracted to the opposite sex anymore, but that natural attraction if left unchecked moves on to lustful desire.  The temptation is not sin, but if we choose to abide in the temptation and allow our minds or eyes to lust, then that is a problem.

Now I will be the first to confess, that I have struggled in this area of my life.  I remember being interested in the opposite sex as early as kindergarten.  And as I grew up I had a very active thought life.  And I basically ignored instruction like this.  I didn’t act on my thoughts, but I thought about a lot.  And those thoughts consumed me and corrupted me.  I was not living in purity.  I felt guilty and unclean.  I knew it was wrong and I struggled to stop it.  I was stuck in pornography and in my own sinful thoughts and images.

I think that this is a story that is true with most men at least at some point in their lives and from all that I have heard it is an ongoing struggle.  God worked in my life in this area in a miraculous way when I called out to Him and asked Him to be the Lord of my life and gradually He began to weed out the pornography and the thoughts and images and over time this became less and less of a struggle.  That does not mean that it is no longer a struggle, or that I am not tempted anymore in this area, but God has done amazing things in my life in this area to bring purity and I want to testify to that today, because I know there might be some here who are stuck in this area and feeling hopeless.  For me it was not an overnight change, but a long process, and I can firmly state that it was Christ in me, making me more like Him, and not some great effort by myself.

And I also want to testify that I am so thankful that God dealt with this in me.  Lust is a trap and if you are struggling with this, I want to let you now that you are not alone; you are not a failure, or a bad person.  God loves you very much and wants purity for you.  We need to understand that God is calling us to a better way of life.  His plan for us is better than adultery and better than lust.  He has wholeness and goodness for us if we will submit to doing things His way.

With that said, I want to point out that Jesus is saying that lust is a big deal and it is not acceptable.  So let’s not kid ourselves and pretend that it is okay to fantasize about someone who is not our spouse as long as we don’t act on it.  Jesus is saying that is not ok.

The phrase causes you to sin includes a word that means something along the lines of building a trap or a snare or a stumbling block.  That’s what this is.  Our lustful desires cause us to trip up and fall.  And we need to recognize that. But those are some strong words.  And it sounds kind of extreme for Jesus to suggest that we cut off our arm or gouge out our eye.  This is a strong statement, but it shows that Jesus treats this as important.

The penalty for adultery in Old testament was death.  Remember the story of the Pharisees bringing the woman caught in adultery before Jesus and they wanted to stone her.  So if the punishment of adultery is death, Jesus is taking it back to the desire behind the sin and dealing with the desire and even going so far as to suggest cutting off that part of you that was leading to the sin.  Which makes sense if cutting off a limb would save our life like with our opening illustration. But is He literally calling us to do this?  Not literally, but figuratively. Jesus is calling us to deal with sin and temptation in a radical way.  Not just being sorry for messing up, but radically dealing with sin.

Jesus emphasizes this by talking about the alternative of being thrown into hell. He actually uses the word Gehenna here.  That is a word that referred to the valley of Hinnom outside Jerusalem that was a place of trash and fire and burning and is used to refer to the place of final judgment or eternal punishment.  He wants us to take this seriously.

Too often we treat sin, and particularly lust, casually.  But Jesus uses strong words here to cause us to recognize that we can’t just play around with sin as Christians.  Christianity is not just about saying a prayer that will help us get into heaven, it is about being a part of his kingdom, and that includes us becoming more and more like him.  Living out what kingdom life is supposed to look like. We also need to realize that sin left unchecked in our lives does not draw us toward Christ, but away from Him.  And that leads us in the wrong direction.  We can’t have that.  We can’t just treat sin casually; we need to treat it surgically, even radically.

So my challenge for us is to recognize that Jesus is calling us to get real with sin and not just let it reign in our lives.  And as I was originally thinking about preaching on this passage, I was reminded of another passage, that reminds me a lot of this one, and I think it helps us to consider this idea of cutting off a limb, in a practical maybe figurative way.

Here is what Paul says in Romans 6 about dealing with sin: “12 Let not sin therefore reign in your mortal body, to make you obey its passions. 13 Do not present your members to sin as instruments for unrighteousness, but present yourselves to God as those who have been brought from death to life, and your members to God as instruments for righteousness. 14 For sin will have no dominion over you, since you are not under law but under grace.” I don’t think that practically speaking many of us are going to go out and gouge out an eye or cut off a limb in order to stop sinning, but practically speaking, what about recognizing the importance of literally looking at it like no longer offering that part of our body to sin, and with the recognition that instead we are offering our eyes, our hands, our lives to God.

We don’t have to cut off a limb or gouge out an eye, but lets stop offering those parts of our body to sin.  Let’s recognize that as followers of Christ, we are being called to deal with our hearts.  What I love about this is that Jesus is moving past our actions and wanting to change us from the inside out. He wants us moving toward purity and holiness.  And I know that seems tough when we are in the midst of the battle, but He who began this good work in us will be faithful to complete it.  We can trust in Him.  But we need to let Him work in our lives.  Let’s stop offering our eyes and arms and other parts of our bodies to sin, and instead let Christ have His way in us.  Recognizing that He has so much better for us in His kingdom and radically choosing to follow Him.